I was ecstatic to learn that Dario Cannizzaro released his very first novel. Back in October of 2016 I had the pleasure of reading his collection of short stories – Of Life, Death, Aliens and Zombies which I enjoyed a lot! Dario has that talent not many are blessed with. He has this way with words that are on point yet profound. His stories are a mixture of funny, relevant, thought provoking and charming at best. It was everything good rolled into one. Thus I am very pleased to share to the world about his first novel – DEAD MEN NAKED. This book came out last May 7th!

Dead Men Naked  is Dario’s debut novel. Narrated with the characteristic prose that differentiates Dario’s work – minimalistic at its core, but with incredibly powerful and lyrical flights of fancy – this modern and magical tale uses a touch of humor, philosophy, and poetry, to explore what it takes to accept our own mortality.

After the sudden death of his best friend Neil, involving a 6-foot giant crow and quite some Tequila, Lou’s life takes an unexpected turn toward the impossible.

As Lou discovers his unwelcome gift to see Neil’s ghost, he starts to question his sanity; but the real challenge is just coming up.

Mallory, a self-proclaimed medium, offers her services to help Neil pass over. Drunk on spirit, lust, and hope, Lou agrees to perform a ritual, which, unforeseen, leaves him alone to face death.

Not any death, but his personal one; a skinny, sarcastic anthropomorphic embodiment of his end-of-time which – who? – goes by D.

Summoned during the ritual, D will help Lou in the search for Angelene, Mallory’s twin sister, the only clue to finding the disappeared Mallory and reverse the ritual.
The strange duo begins a road trip from dusty interstates to lousy strip clubs, during which they’ll have time to know each other and discuss the meaning of life, love, and what does it means to be mortal.

Will our unconventional couple find Angelene, and persuade her to help in the search for Mal? Will Lou be able to save his friend Neil, or his own soul for that matter?

But more importantly: will he make peace with his own Death?

You can get a copy of his book: 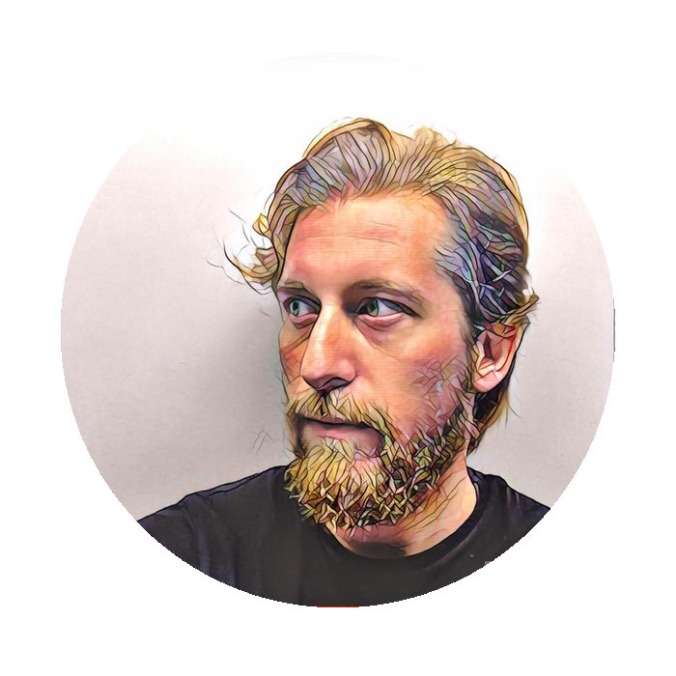 Since this biography is written by himself, which is me, I’ll switch to the first person and won’t bother you with more details you don’t really care about.

Hi. I’m Dario. Thanks for reading this.

Indie authors don’t get the same love as their mainstream counterparts. I know what you think. You see the pictures of people like JK Rowling, King, Ellis, and then our pictures. The indie author. With a photo that’s either too professional – look at me! I’m a pro! – or just a terrible smartphone pic. I assure you, we’re not all ugly and pimply, and not all of us have horrible looking covers.

Also, some of us actually care about putting out the best possible product. After all, it’s my name on the cover. I don’t want you to associate my name with terrible writing.

And honestly, I believe I write good stuff. You should give it a try. I do write quirky stories, with very normal characters thrown in implausible situations. It’s a bit surreal but very real at the same time, I guess. You can buy one of my books – it’ll cost you less than a beer – or you can head over to some literary magazines that published my stories, such as The Galway Review, Trigger Warning, Two Thousand Words and Chantwood Magazine.

But if it’s the first time you’re getting to know me, well, you can start anywhere. Some people loved the short novella Impurità a lot (and I get why, it has some serious Murakami vibes), while some others liked Summer’s end or Bathroom Love for their Fante-sque setting and style. So if you’re still on the fence, go for the short story collection Of Life, Death, Aliens and Zombies and you’ll know.

I also just published my first novel, Dead Men Naked , which is a modern tale, and uses a touch of humor, philosophy, and poetry, to explore what it takes to accept our own mortality. Boy, what a thing to write – a novel that is. It sucks up most of your life and people will talk to you and you will stare blankly in their eyes – or just behind them, ever so slightly – and they’ll ask you What are you thinking about? and you’ll simply reply Nothing, but in reality, you’re thinking about everything that’s happening to the main character of your novel. In Dead Men Naked, he has to witness his best friend’s death – in very very improbable circumstances, which will bring him to hang out with the anthropomorphic embodiment of the Grim Reaper itself. It’s dark but funny and full of poetry.

Anyhow. That’s my version of a biography – I figured, since very few people will read it, let’s give them something. If you want to know a bit more about me – I love literature of course, Saramago, McCarthy, Dick. Geniuses. I love music – I sing and play guitar – and comic books. And I do love technology plenty, and actually have a day job in tech, and maybe one day will write a SciFi novel, which is very hard for me because I love SciFi.

Thanks for stopping by. I hope you’ll like my stuff!

Check out his site here.

6 thoughts on “Dead Men Naked by Dario Cannizzaro Out Now!”